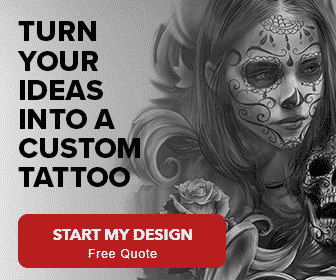 For example, in Japanese culture, praying hands means “thank you”. Two hands coming together signify a quiet physical body wherein you silence your mind, hands and physical body for complete peace and reflection.

Then again, some men use the tattoo to honor and remember a lost family member, relative or friend. It also signifies a reminder to keep faith and hope and lifting yourself up when in dark periods of sorrow.

Prayers can accomplish a lot of things and men with strong faith get praying hands tattoos for men to look over them as a constant reminder of their spiritual bonds. The specialty of praying hands is that while it symbolizes religious belief and spirituality, it doesn’t represent any single faith but is used by people of all faiths as it is a universal symbol of prayer.

Instead of just praying hands, there are men who have other images alongside the hands like Bible quotes, crosses, rosary beads or angels. It is only then that the tattoo is associated with Christianity and Catholicism. While these tattoos were once popular with men, women wear them as well today.

Simple praying hands tattoo serves as an appeal to the universe or whatever you feel deeply about. Praying hands tattoo with a cross obviously indicates Christianity which makes the bearer feel good. It serves as a constant reminder to pray and offer thanks besides being a beautiful piece of art.

Teenagers who are in love and throes of passion prefer using praying tattoos to show the passion and emotions they are going through by adding images from bright red roses to rosary beads.

Some people have this tattoo to indicate they are seeking a helping hand, from a higher authority. Then again, people get praying hands tattoo in memory of someone they highly esteem. It serves as a unique means of paying homage to people who have passed away like your grandparents while revealing lots of grief, peace, hope and acceptance.

Praying hands tattoos for men is the perfect tattoo for men in difficult times who don’t want to give up. These tattoos are usually vivid in its imagery while depicting hope for better times in the future.

Check out the best praying hands tattoos for men This is one praying hands tattoo that carries some level of artistry and uniqueness. There is a pair of praying hands with a rosary and a cross at the back. The color is basic, but the design is quite impressive. This guy is expressing his faith through a tattoo, and the message pretty much says it all. The tattoo entails a pair of hands and a white dove in the background. It shows the dedication and love of the guy to his family. The tatt on the arm of this guy entails a set of praying hands, along with a pendant that has the image of Jesus Christ. Clearly, the guy is a Christian, and he is expressing his devotion and worship to Jesus. This is one of the praying hands tattoos that features an amazing level of 3D effects. Even though it doesn’t have a vibrant color blend as such, the tattoo is impressive. A dove is seen in the background; so the tattoo could be carrying a specific symbolism. You cannot fail to notice the elegance in the 3D effects of this tattoo. The guy has applied it to his biceps, and it looks amazing. The inclusion of the praying hands, the rosary, a dove, and the rays of light might be symbolic. This is a great praying hands tattoos idea if you want an appealing, yet unique design. Other than the set of praying hands, there is a rosary that is hanging over with a Celtic cross. This could be having a special meaning. One thing that makes this tattoo extra appealing is the level of the 3D effects, especially along the fingers of the praying hands. There are various rays of light in the background, and the tattoo looks great even with the single color.

This tattoo is one of the unique designs, and it comes with various elements that suggest some symbolism. There is a set of hands in a prayer mode, a rosary, and a set of roses. Irrespective of the meaning, the tattoo looks incredible. This tattoo is not as vibrant as such, and it can be a great idea if you need a unique design. The hands in the tattoo come along with a rosary and an Orthodox cross. It is a great gesture of the guy’s faith. This is one of the praying hands tattoo ideas if you want an eye-catching design. The color blend is simple, but there is an impressive level of 3D effects in this tattoo. The elements in the tattoo could have a specific symbolism.

More praying hands tattoos for men on the next page…